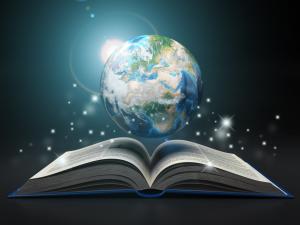 This page provides links to some relevant articles and publications by International ISBN Agency staff, by staff from the national ISBN agencies, or other articles relevant to the ISBN system. The articles appear on this page in reverse chronological order. Please click on the title of your chosen piece to display the article in a new window.

CILIP Article on ISBN. CILIP is the United Kingdom's library and information association. The March 2019 issue of the CILIP's Periodical of the Cataloguing and Indexing Group featured an article on ISBN, its use in libraries and the role of national ISBN agencies. The article was written by Eleanor Pigg of Nielsen Book, which is the organisation responsible for running the ISBN agency for the United Kingdom and Ireland.

BIC Bites: Introduction to the International Standard Book Number (ISBN). This short document was published in October 2018 by Book Industry Communication (BIC). BIC Bites are a series of short papers on publishing-related topics and this edition focuses on the ISBN. All BIC Bites can be found at: http://www.bic.org.uk/129/BIC-BITES/.

Do you need an ISBN? What's its purpose? This August 2016 article was written by Stella Griffiths for Book Machine, an online independent community in the publishing sector.

From Dickens to Dante. A Special Report by Stella Griffiths from the April 2011 issue of ISO Focus+ discussing the importance of the ISBN system and its position as an ISO Standard.