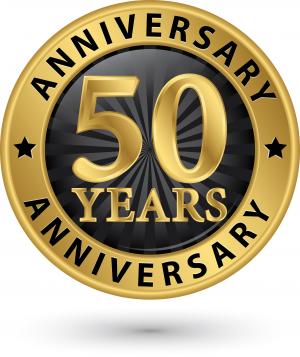 In the book world, we’ve come to take International Standard Book Number (ISBN) - that 13 digit number found on the copyright page or back of a book - for granted. We may not need to understand how the number is made up, but we know it’s a number that identifies a book and that it somehow makes ordering and sales more accurate and efficient.

In the 1960s publishers wanted to improve their efficiency and profitability, but how could they introduce automated order processing and inventory control systems, when the products could not be consistently and reliably identified? Giving numbers to books wasn’t new – many publishers did that – but the idea of a standard book number that could be used on all computers and which could uniquely identify a publication was startling.

The idea for the system started in the UK prompted by WH Smith announcing in 1965 that they wanted to move to a computerised warehouse within two years. There were a number of reports and working parties and eventually a 9-digit number, including a final “check digit” to validate the whole number, was proposed. The UK was the first to adopt this “Standard” Book Number and the first registration agency was operated on behalf of the trade by J Whitaker and Sons Ltd. - its success was immediate. Soon RR Bowker in US, and national libraries and bibliographic services in Canada, Australia, Denmark, Sweden and The Netherlands also wanted to join the system. So, to accommodate this expansion to other countries, the number was increased to 10 digits and became an International Standard under the auspices of International Organization for Standardization (ISO) in 1970. Following later developments, the ISBN has been a 13-digit number since 1 January 2007.

Books are a unique industry – there are many new product lines every day, but also older ones remain very much in demand. You can order and read books that were originally written many hundreds of years ago as well as the very latest releases. Books also come in many types and formats – hardbacks, paperbacks, pop-up books, audio-books, and digital books for e-readers, tablets and smartphones, etc. An ISBN is used to identify a particular book from a specific publisher that appears in any form, and is available to the public.

Today, fifty years on, there are more than 150 national and regional ISBN agencies providing ISBNs to publishers in more than 200 countries and territories. We live in a world where information about books is not only based on walking into a bookshop but also readily accessible through internet searches. Websites can display all the information about a book from basics such as the author’s name, the title and price, through to an image of the cover, the number of pages, even links to reviews. In most cases, it is the ISBN that is the glue that binds all this information into a single, searchable record. Without ISBN, it is unlikely that there would be bar codes on books. There wouldn’t be systems such as Nielsen BookNet TeleOrdering which automatically routes orders to the correct supplier thereby saving the bookseller time and effort. Sales data would be less granular; product databases would be less efficiently compiled and contain a lot less information. Quite simply, there would probably be chaos.